VIN # LAV7501177
Serial entrepreneur, Jack McCormack, set up the American Eagle motorcycle brand in the late 1960s. He had previously been a major player in establishing both Honda and Suzuki motorcycles in the USA. The parent company, McCormack International, imported various Italjet, Kawasaki, and Laverda motorcycles which, somewhat modified and rebadged, were sold under the American Eagle marque.

Moto Laverda was founded by Francesco Laverda in the late 1940s. The company initially produced a series of 75cc and 100cc 4-stroke vertical singles and did very well in the emerging post-war motorcycle market in Italy. The company also had considerable success with these machines in Italian road racing and off road events. By the 1960s, Laverda had expanded the range to include scooters, mopeds and a series of on and off road machines powered by a 125cc horizontal single engine. The also produced their first twin cylinder machine, the Gemini.

By the 60s, however, small cars had taken over the role of basic transportation and motorcycling had become a recreational activity. Thus, in order to be a viable contender in the world market, Moto Laverda would have to develop motorcycles of much larger engine displacement. Massimo Laverda, eldest son of Francesco and now General Manager of Moto Laverda, led the charge. He finally convinced his reluctant father and began development of a 650cc twin. Massimo had made a trip to the US to gauge the market there and had been very impressed with the engine of the Honda Superhawk. It strongly influenced him and Technical Director Luciano Zen as they worked out the design of the new powerplant.

Design efforts began in earnest in April of 1965. The engine was to have a 180 degree crankshaft, horizontally split crankcases, overhead cam valve operation, twin Dell’Orto carbs, and produce a minimum of 50HP. The all alloy engine was strongly over-dimensioned to ensure reliability. From the beginning, it was conceived to be electric start only. Again, for reliability, Bosch electrical components were to be used throughout. Chassis wise, the engine was hung from the top of a fairly conventional frame, with the engine used as a stressed member. Quality, proven Italian components were used throughout, such as Ceriani forks, Grimeca brakes, and spoked Borrani alloy rims.

The prototype was presented at the London show in November of 1966 with a great deal of interest shown by the public and the motorcycling press. While the factory geared up for production, Zen continued to refine the design including changing to a 360 degree crank. At the same time, Jack McCormack had contacted Massimo offering to become the importer of the big Laverda twins. However, he insisted that the engine capacity be increased to 750cc. Production started in February of 1968 with the 750GT. Machines brought into the US had McCormack’s American Eagle badging . With cosmetic changes, American Eagle offered three variations of the 750 – the “Classic” (a GT), the “Super Sport” (with a styled fiberglass tank), and the rare “Production Racer”. Stuntman Evel Knievel used a McCormack supplied “Classic” model during the early part of his career, good publicity of American Eagle. In fact, stuntman Louis Rey uses one to this day. Running into financial difficulties, American Eagle closed shop by the end of 1969 with Laverdas being subsequently brought into the US by a number of importers.

The 1969 Titled American Eagle “Classic” offered is an extraordinary survivor with just 203 original miles. It is in excellent mechanical and cosmetic condition. This is a virtually new machine, a true 750 American Eagle (Laverda) time capsule. 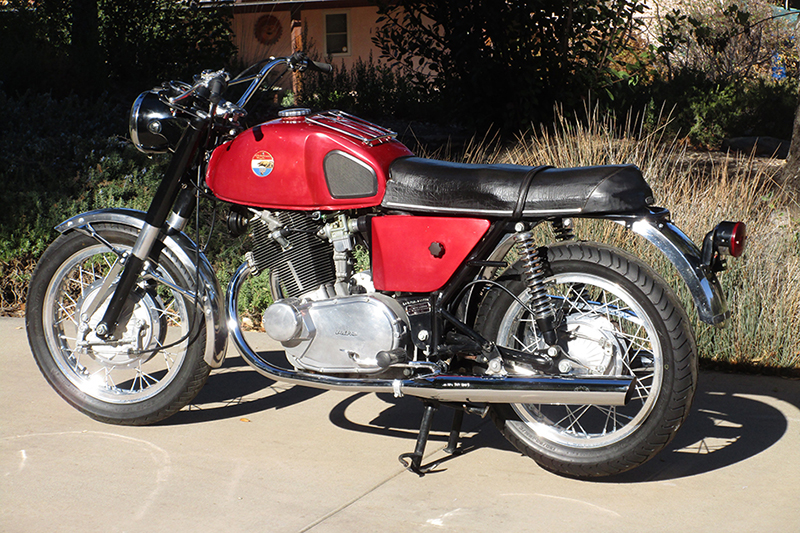 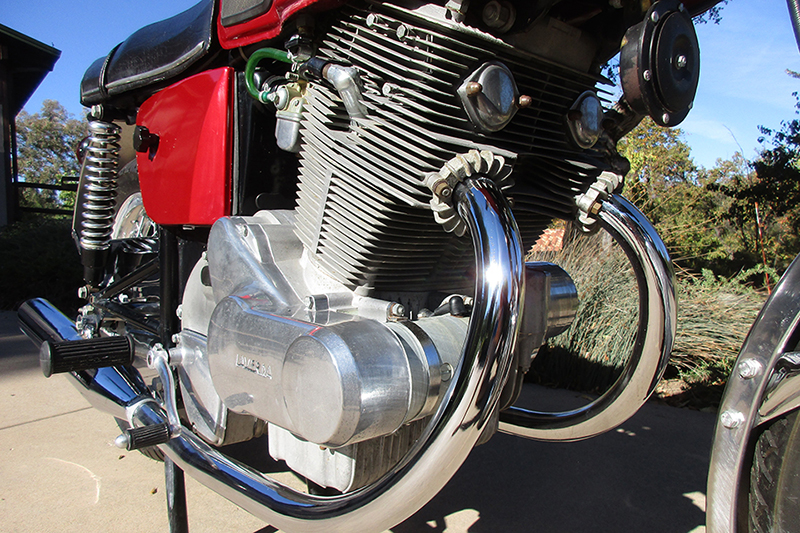