Engine # DM200E 137408
Frame # DM200E*155161*1GM1007-0M
Radiobrevetti Ducati was founded in 1926 by brothers Adriano and Marcello Ducati, specializing in the production of radio equipment. Under Fascist control during WW II, the company produced radios, gunsights and other military equipment. This resulted in Allied bombing destroying a good part of the factory in Bologna and a workforce of several thousand people with nothing to do. Postwar, the Italian government partnered with Turin based engineer Aldo Farinelli to “buy off” the Ducatis, rebuild the factory, and then start production of a clip-on (to bicycles,) 48cc 4-stroke engine, the Cucciolo (puppy). This provided cheap motored transportation and remarkable mileage of 280 mpg.

An extensive range of Ducati singles was also offered for sale to the public, usually as both Sport and Lusso (luxury) models. These were imported into the US by the Berliner brothers of New Jersey. Among these was the 203cc overhead cam driven Elite. The Elite had full hydraulic suspension and 18” wheels. With a 4-speed gearbox and battery/coil ignition, the engine produced 18HP. And it sports that classic Italian styling with its curvaceous “jelly mold” tank.

The significance of the 1965 Elite being offered is that it was the college bike of the famed moto-journalist Phil Schilling. Born in 1940, Phil was the author of perhaps the first general interest book about motorcycles and motorcycle racing, titled “The Motorcycle World”. He also wrote “Motorcycles: the World’s Greatest Motorcycles in Full Color” . While teaching at the University of Wisconsin, Phil met Cook Nielson, then Editor in Chief of CYCLE magazine, at that time the most widely circulated motorcycling magazine in the world. In 1970, Cook invited Phil to become a managing editor of CYCLE. He remained at CYCLE for 18 years, the latter half as Editor in Chief. While at the magazine, Cook and Phil decided to build a Ducati V-twin race bike (named “Old Blue”) with Cook as rider, Phil as tuner. Their exploits were documented as a series of articles in CYCLE.

During Bike Week at Daytona, in 1977, they gave Ducati its first AMA Superbike win. This was an amazing accomplishment for two privateers going up against factory sponsored teams and introduced Ducati V-twin models to the American motorcycling public. Phil was inducted into the AMA Hall of Fame in 2011 following Cook, who entered in 2006. Sadly, Phil passed in 2018. His friend of 45 years, Cook, spoke of him in tribute as “a man of dignity, humor, generosity, taste, judgement, gentleness and grace”.

To support its provenance, this Elite comes with a photo of a young Phil, standing with his custom painted bike. Also included is a Japanese motorcycling magazine, GOGGLE, which has a two page spread on this Elite. The machine is unrestored, looking as it did under Phil’s ownership. Spares include a gasket set, a new set of points, and a workshop manual. The Elite has a clear Title. 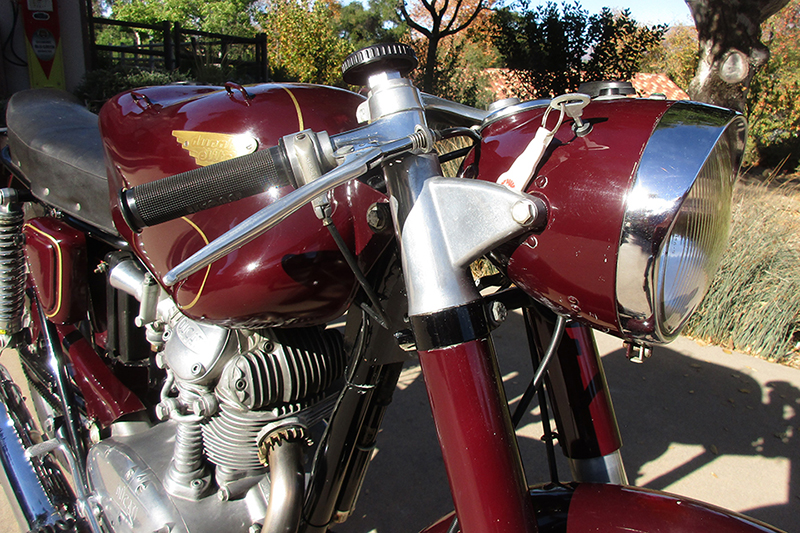 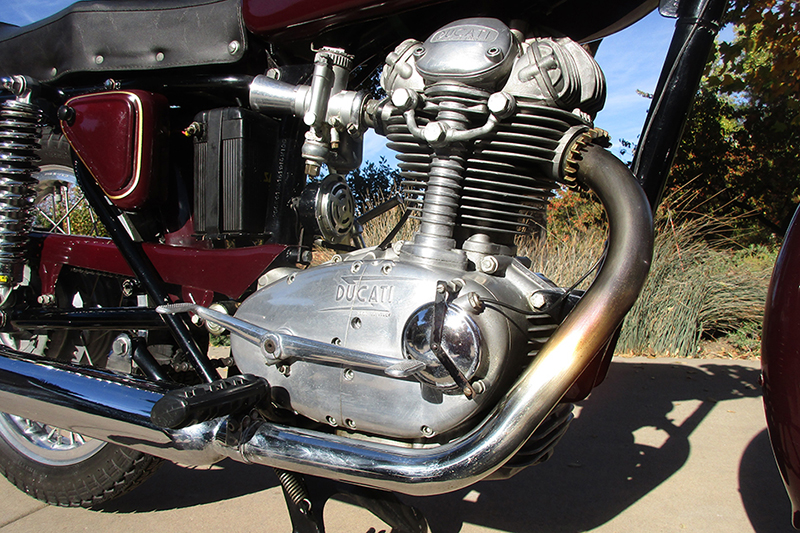