By the mid-50s, updated, modernized designs resulted in 75cc and 100cc machines that were true lightweight motorcycles. At that point Laverda was fully participating in Italian off-road racing and in signature Italian road races such as the Moto Giro and Milano-Taranto runs. Wanting to keep a foot in the European moped market, in 1958, Laverda began production of the 49cc Laverdino.

During this period, motor scooters were becoming popular in both Europe and the US, so Moto Laverda decided to enter the market with production starting in 1960 with a single seat model named the Mini Scooter. Unusual for a scooter, this was powered by a 49cc 4-stroke engine, based on that of the Laverdino. The 2.5HP engine was good for a maximum speed of 35mph and 180mpg. In 1961, Massimo Laverda and Lino Marchi made a scooter trip from Breganze to London on the scooter to show its reliability. This was marketed until 1967.

In 1962, a stretched version with the same 9” wheels was introduced. The engine was increased in size to 60cc with an output of 3HP, giving a top speed of 40mph. Though its longer seat allowed room for a passenger, back then, Italian law forbade transport of a second rider. It was also in production until 1967.
The 60cc Mini Scooter offered here has been completely restored mechanically and cosmetically. There are 3 known in the US, with this being the only one operational. It is the very one pictured in Jean-Louis Olive’s book, “Legendary Laverda” . Included is an original Operators Manual, spare decals, and a box of spares. The Mini Scooter is Titled as a 1967 model. 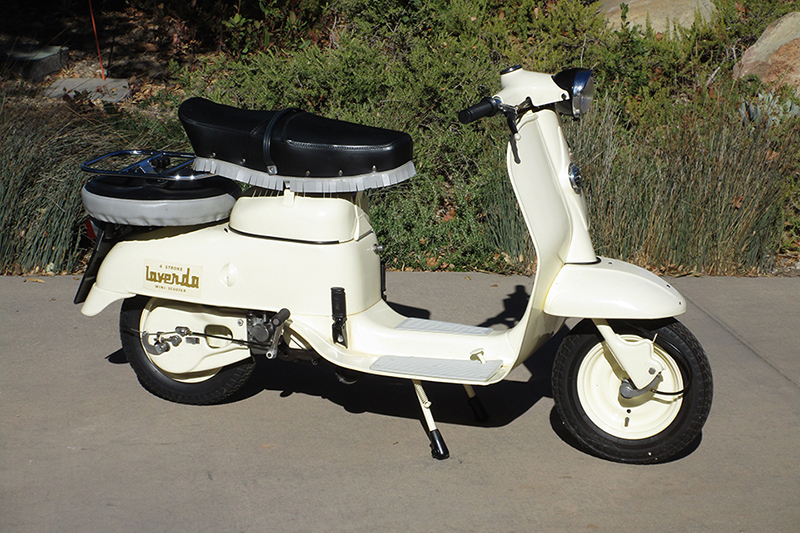 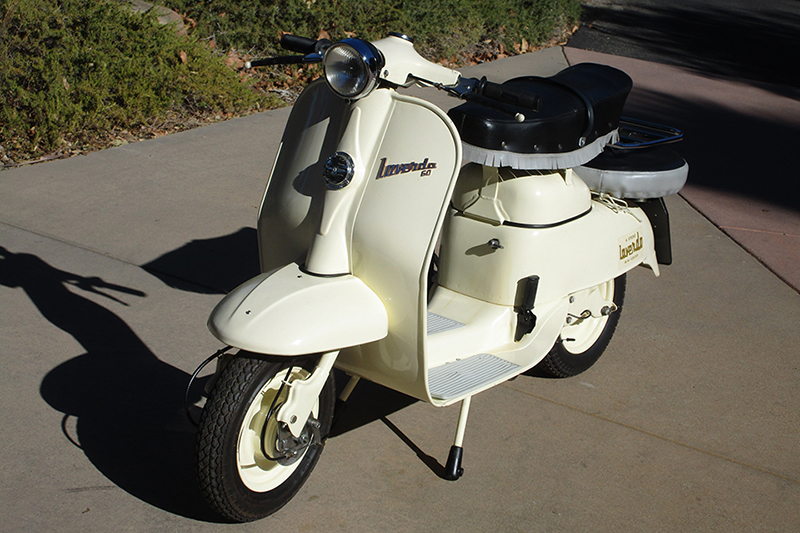